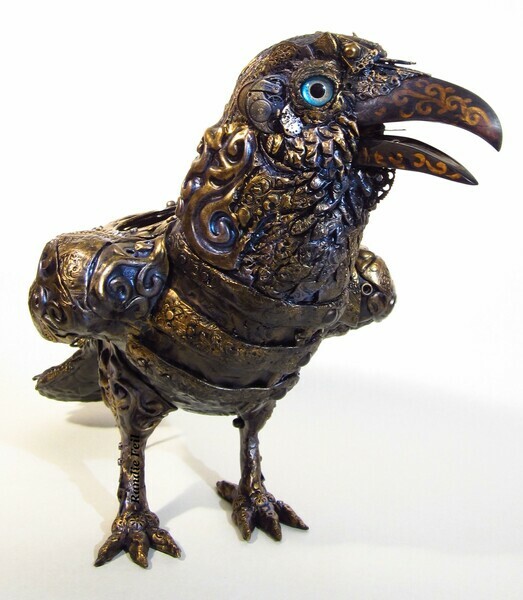 This life-sized raven-inspired mixed media work is sculpted from polymer clay over a wire armature, and contains various metal inclusions (mostly old watch parts, jewelry bits, and hardware).  The eyes are made of high-grade glass and are custom-painted.

There is a lidded hollow within the bird's back, containing clockwork gears, and illuminated by a miniature brass light fixture. 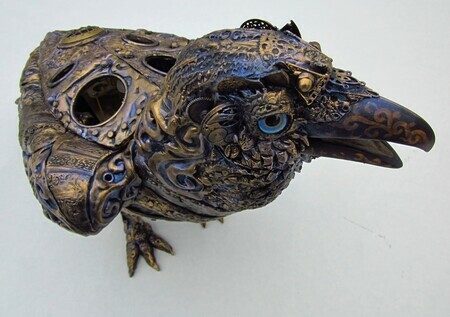 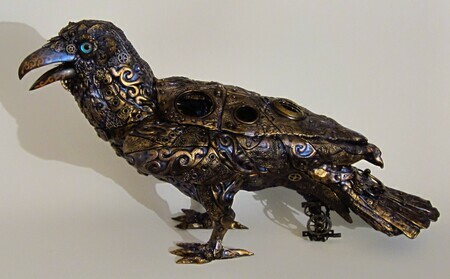 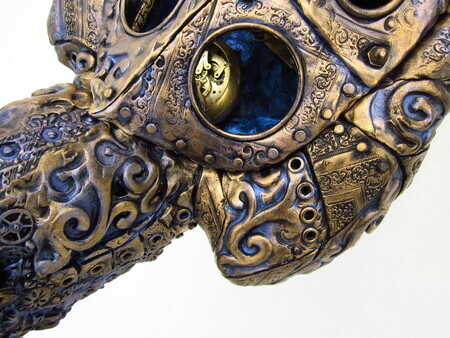 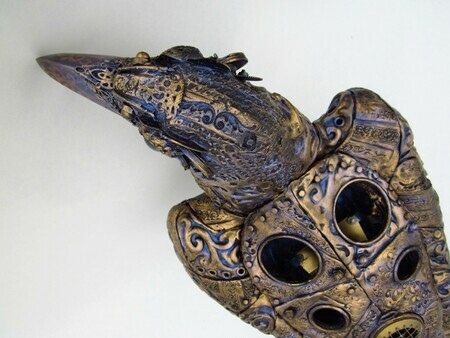 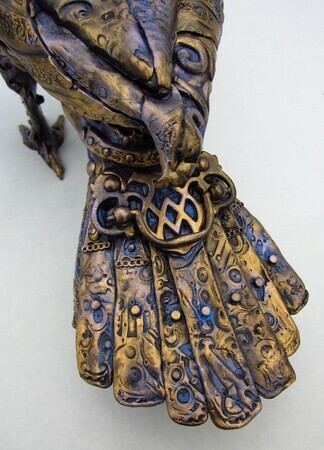 Loosely based upon the trilobite species Olenoides serratus, the main body of this piece measures approximately 12.5 inches/32 cm in length.  It is constructed from leather (lower portion), wood, polymer clay, salvaged watch parts, brass leaf, and various brass and other metal inclusions.  It also contains a functioning clock.

This steampunked Wiwaxia's body is comprised of 146 individually formed scales, made of polymer clay embossed with clockwork parts and vintage jewelry.  The bottom of the creature is lined with dark brown velvet and the spines are formed from layers of heavily primed card and foil, the foil also having been embossed with gears and jewelry pieces.  This piece is about 6.5 inches long and 9.5 inches tall.

One of the more bizarre of the fossils known from the Burgess Shale, Hallucigenia has not even been identified with certainty as a distinct animal;  it may be simply part of some larger creature, a mystery that makes the species (if that is what it is) somehow all the more alluring...